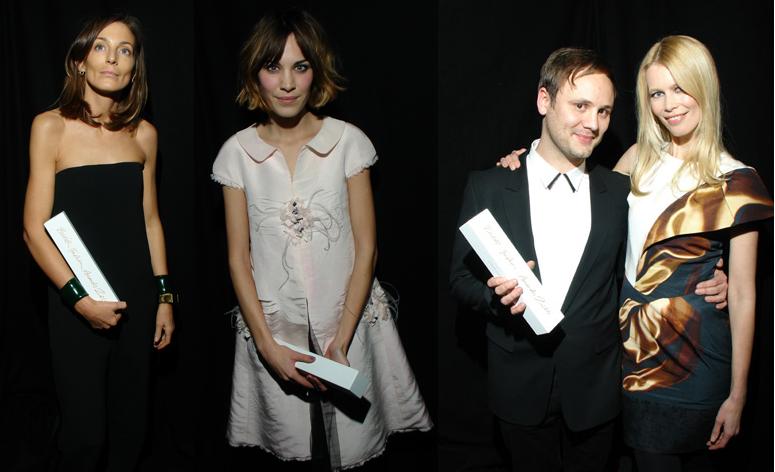 Another year of inspiring fashion creation has been highlighted by the British Fashion Awards 2010. During a glamorous ceremony at The Savoy Hotel and Theatre last evening, the British Fashion Council announced the winners in 12 award categories related to fashion.

Alexa Chung was voted by the public for the British Style award which recognises “an individual who embodies the spirit of London and is an international ambassador for London as a leading creative fashion capital”.

The Designer Brand award was received by Mulberry.

The Emerging Talent Awards for Ready-to-Wear and Accessories were received by Meadham Kirchhoff and Husam El Odeh respectively.

And we’re not done yet. The British Fashion Council added two new award categories to the list of awards for the first time.

The Digital Innovation award was collected by Burberry for its digital marketing innovations such as streaming all its fashion shows online since September 2009 and launching its Autumn/Winter 2010 collection as “a fully interactive, motion-responsive experience”.

Despite 2010 being a bad year for her because of the negative publicity she received from testifying in court for a blood diamonds case, Naomi Campbell was awarded the new Special Recognition award for her “influence on, and contribution to, the fashion industry over the last 25 years, during which time she has been a hugely influential ambassador for British fashion”