Members of the Manchester United first team squad each had a unique opportunity to create his own, bespoke version of the squad watch, with customization choices including individual signatures on the dial as well as a number of different caseback options, some as personal as family photographs. The customized squad watches, crafted of grade-5 titanium, are designed for players to wear during official Manchester United club duties.

Presenting the watches to assembled team members, Bulova Corporation President, Gregory Thumm, noted that “while developing individual watches for each first team member was ambitious, it was both a worthwhile testament and a token of esteem as we create new traditions shared by Manchester United and Bulova Corporation.” 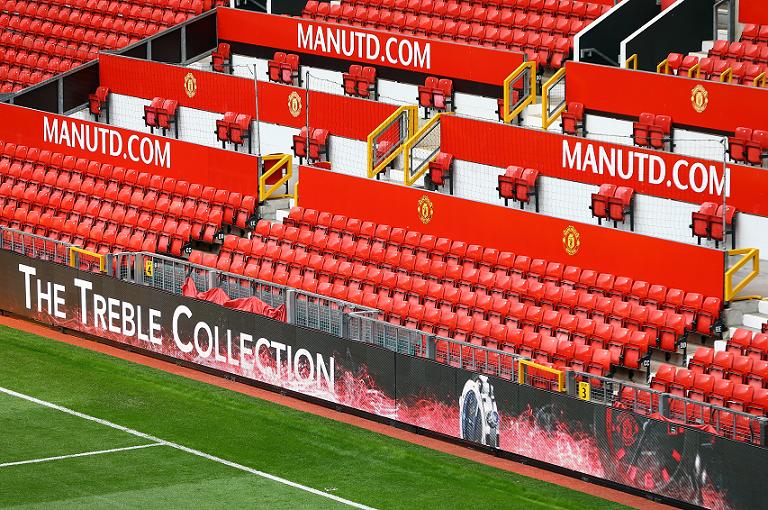 The Treble Collection name is inspired by the Treble honour, given to a football club that wins three trophies in a single season. In the 1998-1999 season, under the helm of manager Sir Alex Ferguson, Manchester United achieved this rare and celebrated feat, becoming the only English club to ever win the FA Cup, Premier League Title, and UEFA Champions League Title during one season.

Manchester United’s Group Managing Director, Richard Arnold commented, “Bulova’s unique creations show wonderful creativity and commitment to their partnership with the Club. I’m sure the squad will be delighted with these deeply thoughtful and creative timepieces. Added to this, Bulova’s fantastic new Treble Collection will allow fans to have a permanent reminder of one of the most unforgettable seasons in our long and distinguished history.” 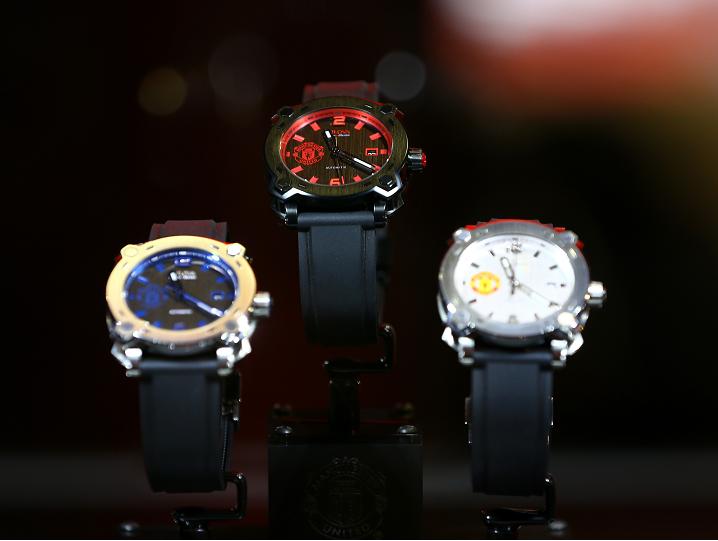 One of three styles included within the Bulova Accu•Swiss Treble Collection, the signature squad watch exemplifies the innovative engineering, quality and craftsmanship of the Bulova Accu•Swiss brand, with its strong, agile multi-piece titanium case construction embodying the styling and ergonomic engineering expected in an inventive sport-minded timepiece. Made in Switzerland, with 26-jewel automatic movement and water resistance to 100 meters, this extraordinary timepiece (style 65B165) features an all milled bezel, case, and caseback in grade-5 titanium coated with black carbonized titanium, and includes a red version of the team crest on its dial.
Currently available at select Bulova Accu•Swiss retailers, the Treble Collection also includes two stainless steel versions of the design, each with brushed and polished 316L stainless steel case and high-performance rubber strap. One features a brushed silver-tone dial marked with the traditional red and yellow Manchester United crest (63B195), with the other offering a brushed black dial styled with a distinguishing blue crest and dial accents (63B189).The Bulova Accu•Swiss Treble Collection is priced at £999-£1,999. For more information, visit Bulova’s dedicated partner site, www.bulova-manutd.com or the official Bulova Accu•Swiss website http://www.bulovaaccuswiss.com.