Although I have previously admitted that I do not share the West – Kardashian media frenzy, I must say that today I am glad to have a very good reason to write about the controversial celebrity couple. Kanye West’s collaboration with adidas Originals for Autumn/Winter 2015 got me surprised with its freshness, originality, and ingenuous universality, while Kim looked radiant in a total outfit from the collection, embracing a simple elegance perfect for any young and dynamic woman.

YEEZY SEASON 1 is a collection of apparel and footwear described by West as the world’s first “solutions-based” clothing line, as the individual pieces define a style that matches the relentless pace of contemporary lives. “I don’t want the clothes to be the life,” he says. “I want the clothes to help the life.” 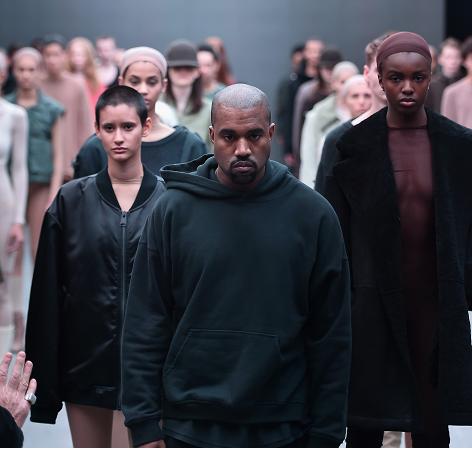 Upon entering the venue, guests were lead into a dimly lit room, where 9 rows of models stood stoic. As lights turned on with blinding intensity, each row of models progressed forward, lending the audience a full view of the clothes. 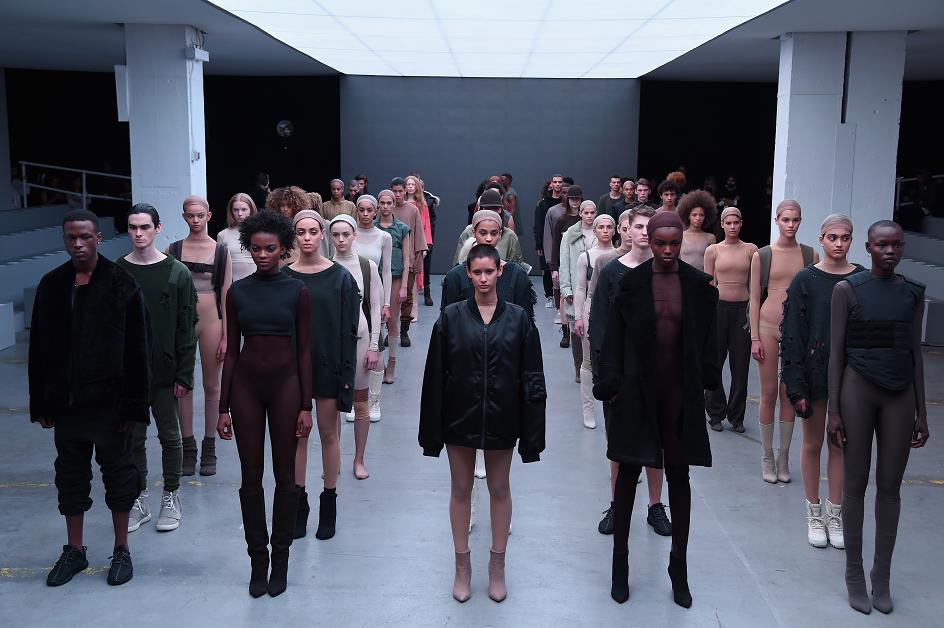 With this collection, West’s goal is to absolve consumers of dressing’s daily stress by creating a line of high-quality essentials that can be freely combined in infinite ways —“like Legos,” he says. 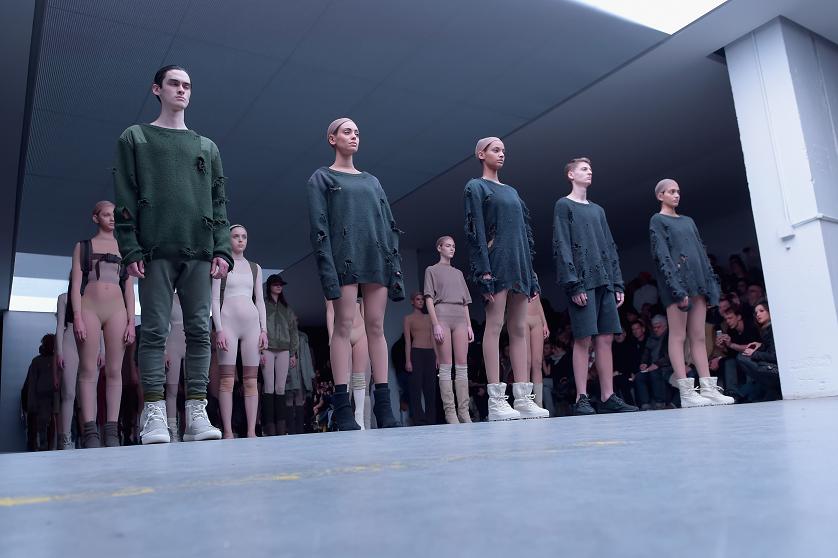 For the designer this means stripped-down, comfortable, and unpretentious clothes for a “modern jet-set couple”, pieces to be worn from the gym to the office to a meeting to the airport and everywhere in between. “I wanted something that felt like New York or Paris or Tokyo or Santa Barbara or Chicago —a worldliness and an ease.” 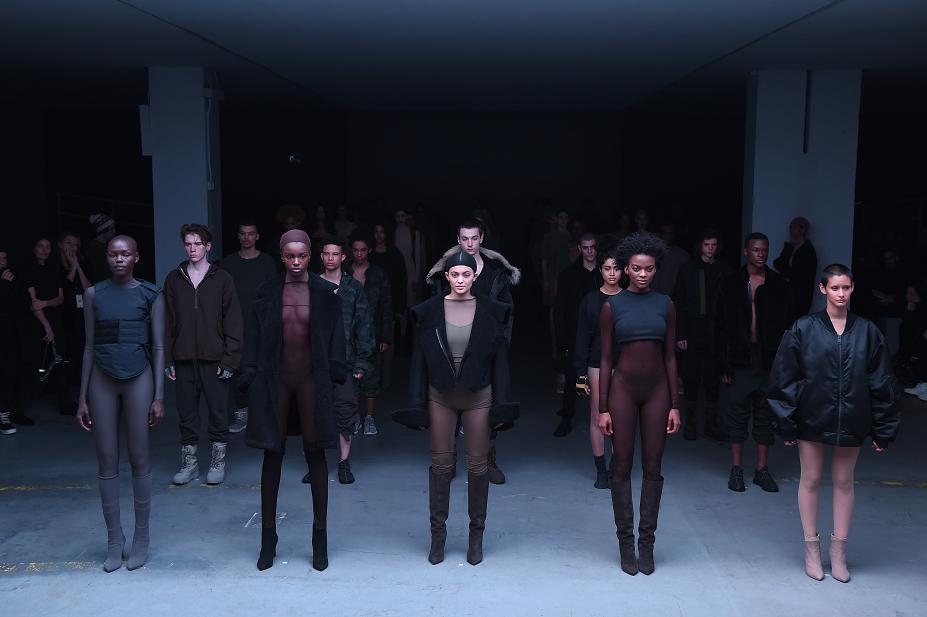 West defines a silhouette of considered volume—billowing and oversize on top, tight and trim around the bottom—based largely on his personal sense of style. A study in contrasts like street-luxury and vintage-new, the clothing shapes a new modern wardrobe. 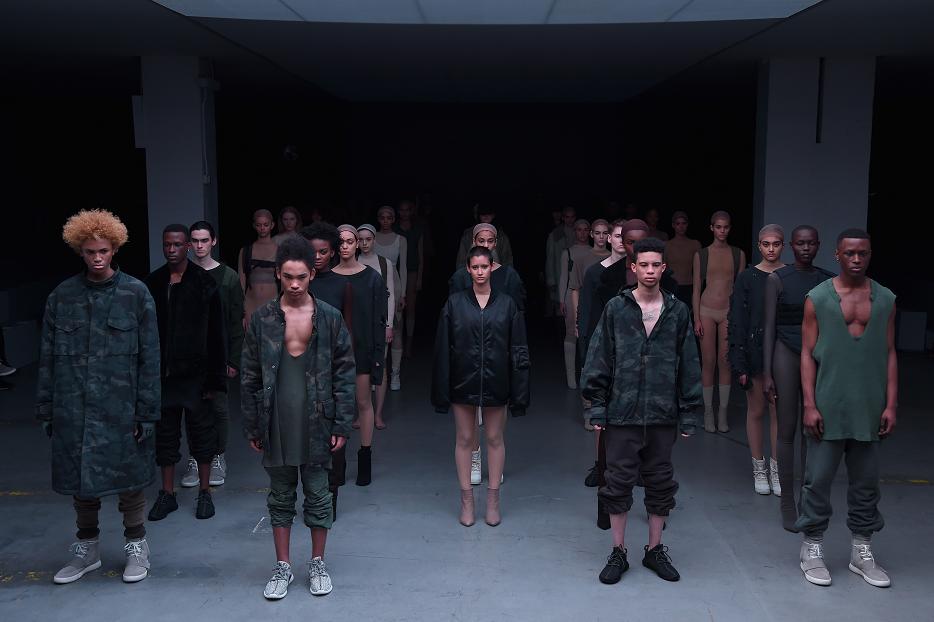 For men, this includes MA-2 bombers with oversized flap pockets; washed cotton collarless blouson jackets; oversize sweats with distressed edges and worn, puckered hems; and perfect T-shirts in tones of camel, olive, blue-gray, and camouflage. Each piece is intended to be worn by any sex. 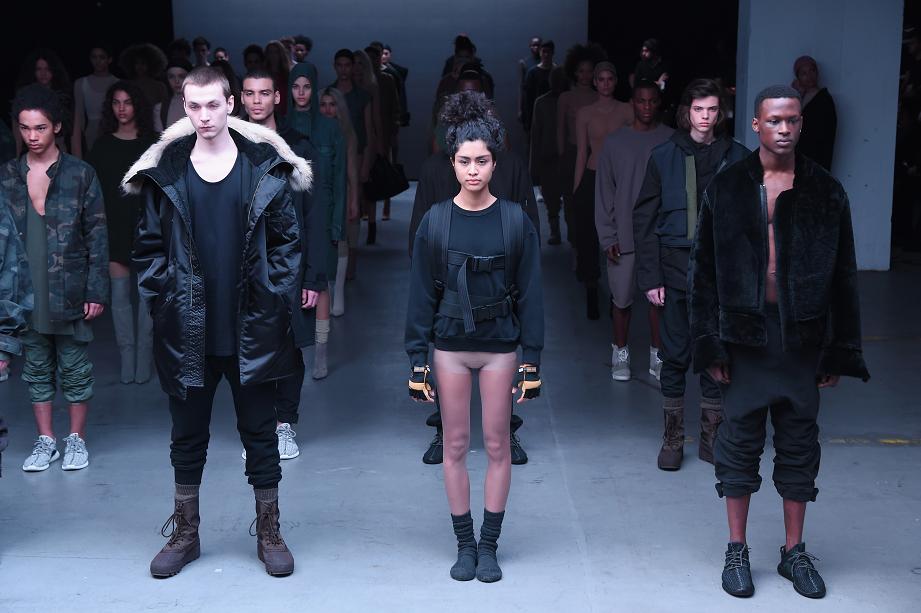 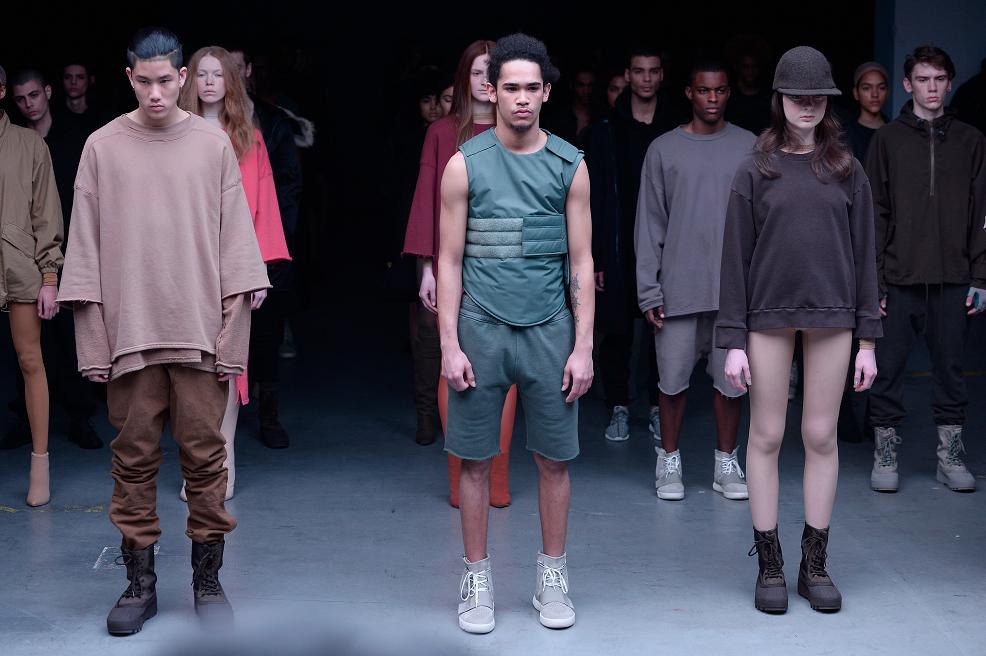 “This is a challenge to where fashion is currently—a new feminine ideal,” West says, explaining the curve-hugging pieces. 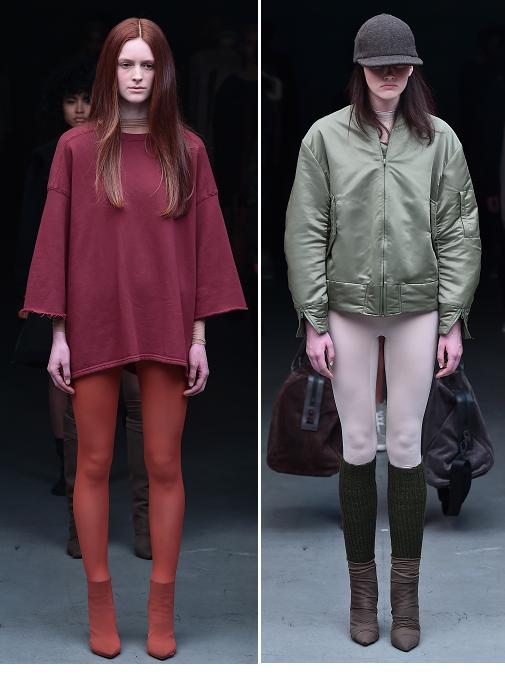 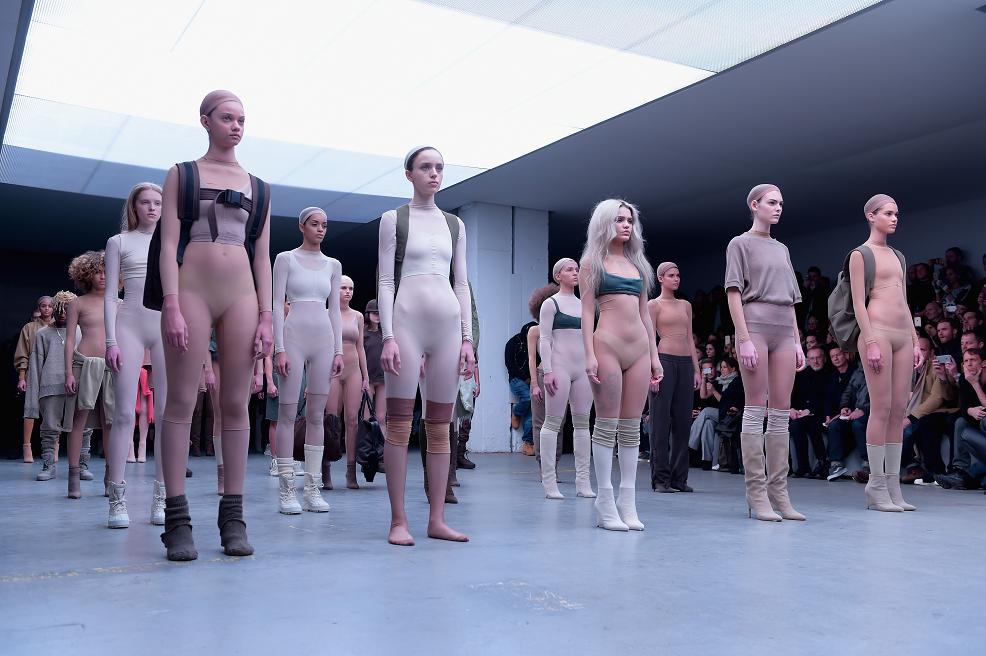 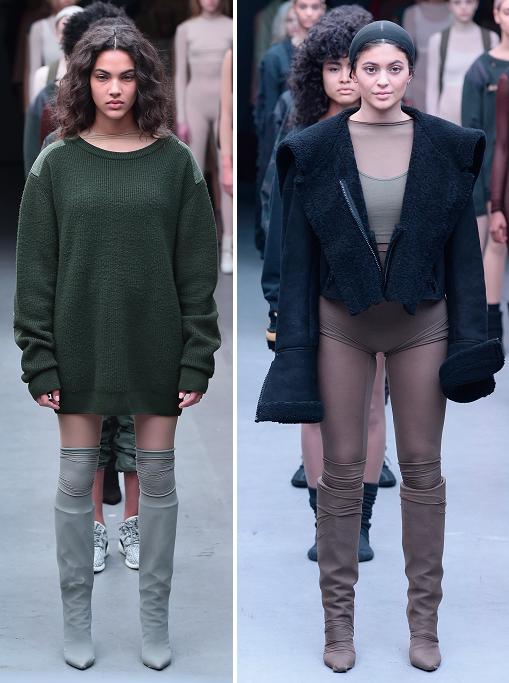 The designer expresses his gratitude to adidas for its unparalleled technical prowess. “They are a super innovative company that gives artists a platform to create and dream”, Kanye says. 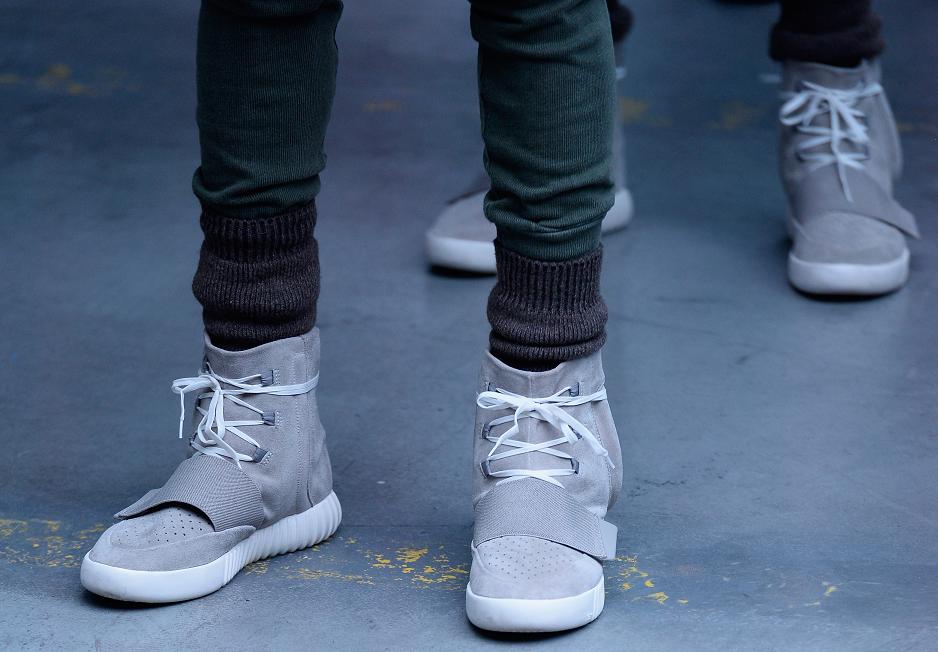 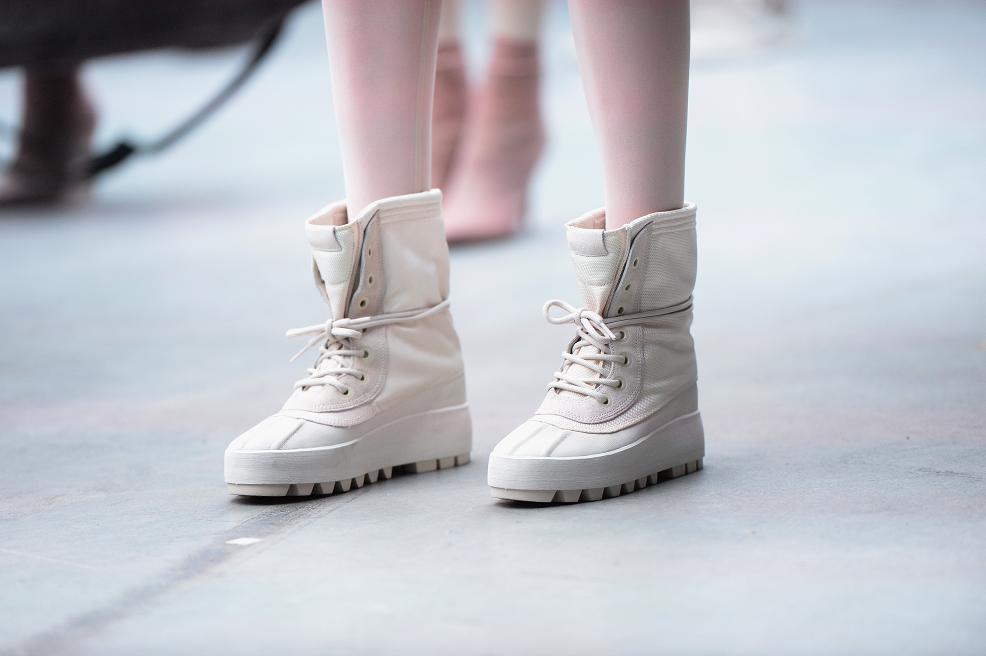 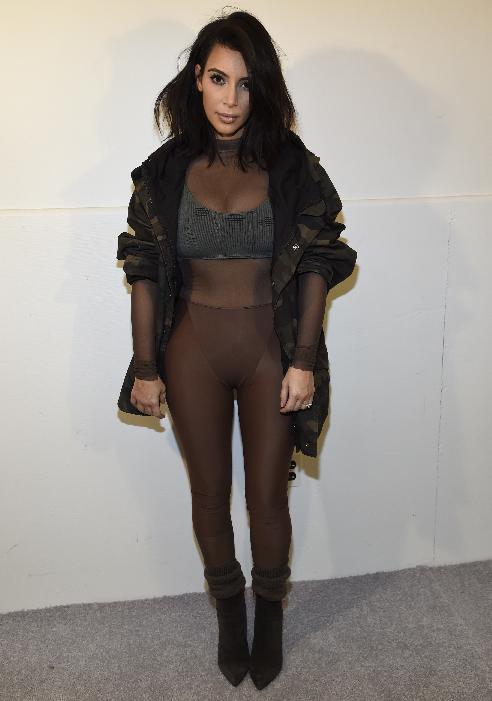 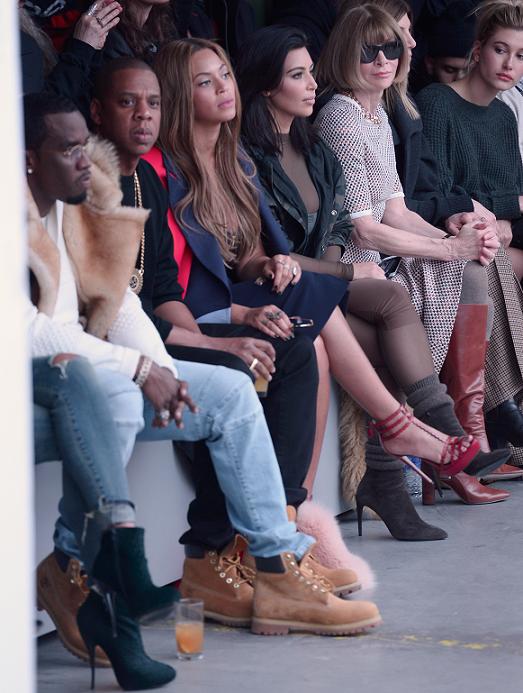 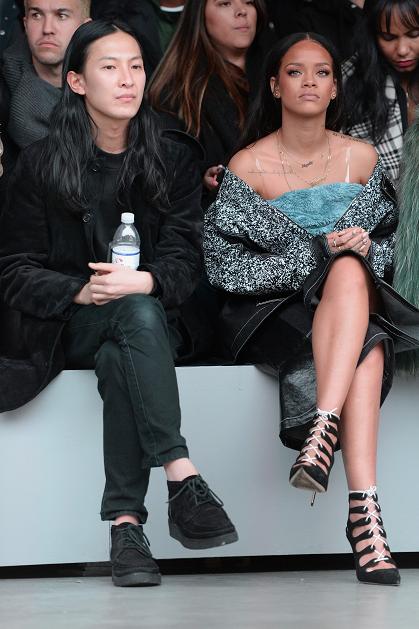 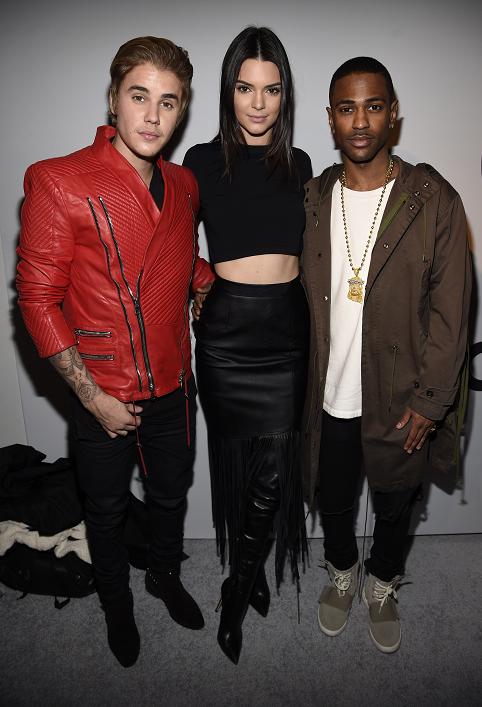 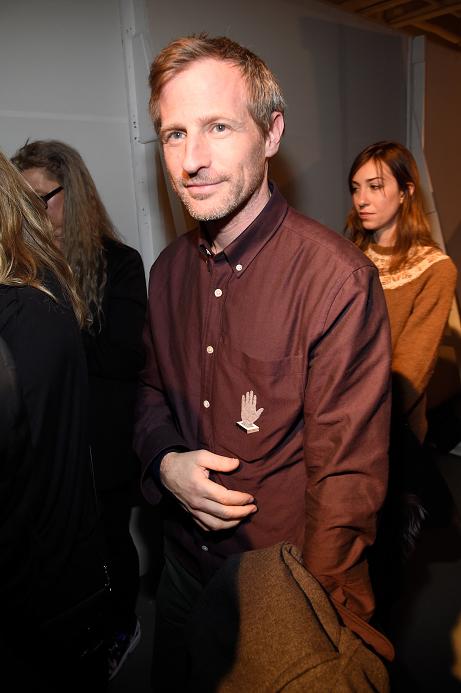 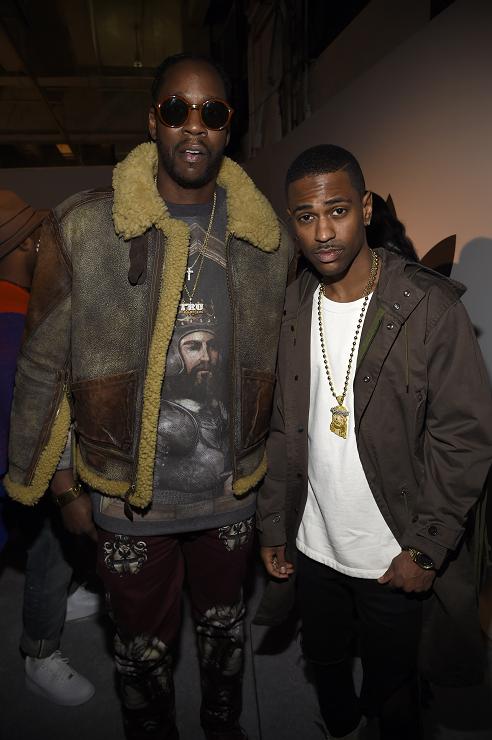 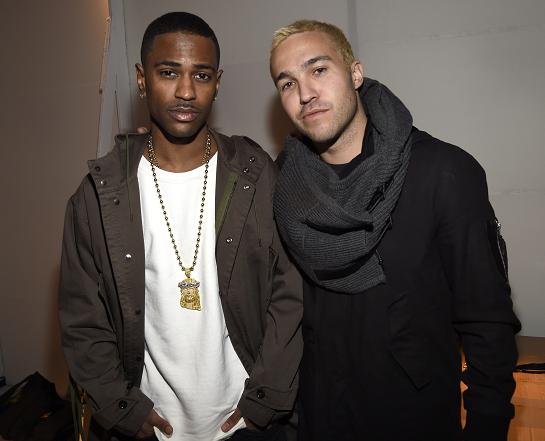 *Artist Vanessa Beecroft has shown internationally since 1993. She is noted for her innovative performances and unconventional approach to the creation of images and communication. Her works reside in the gap between art and life. Though her live events are recorded through photography and film, her conceptual approach is most similar to the creation of a live painting.