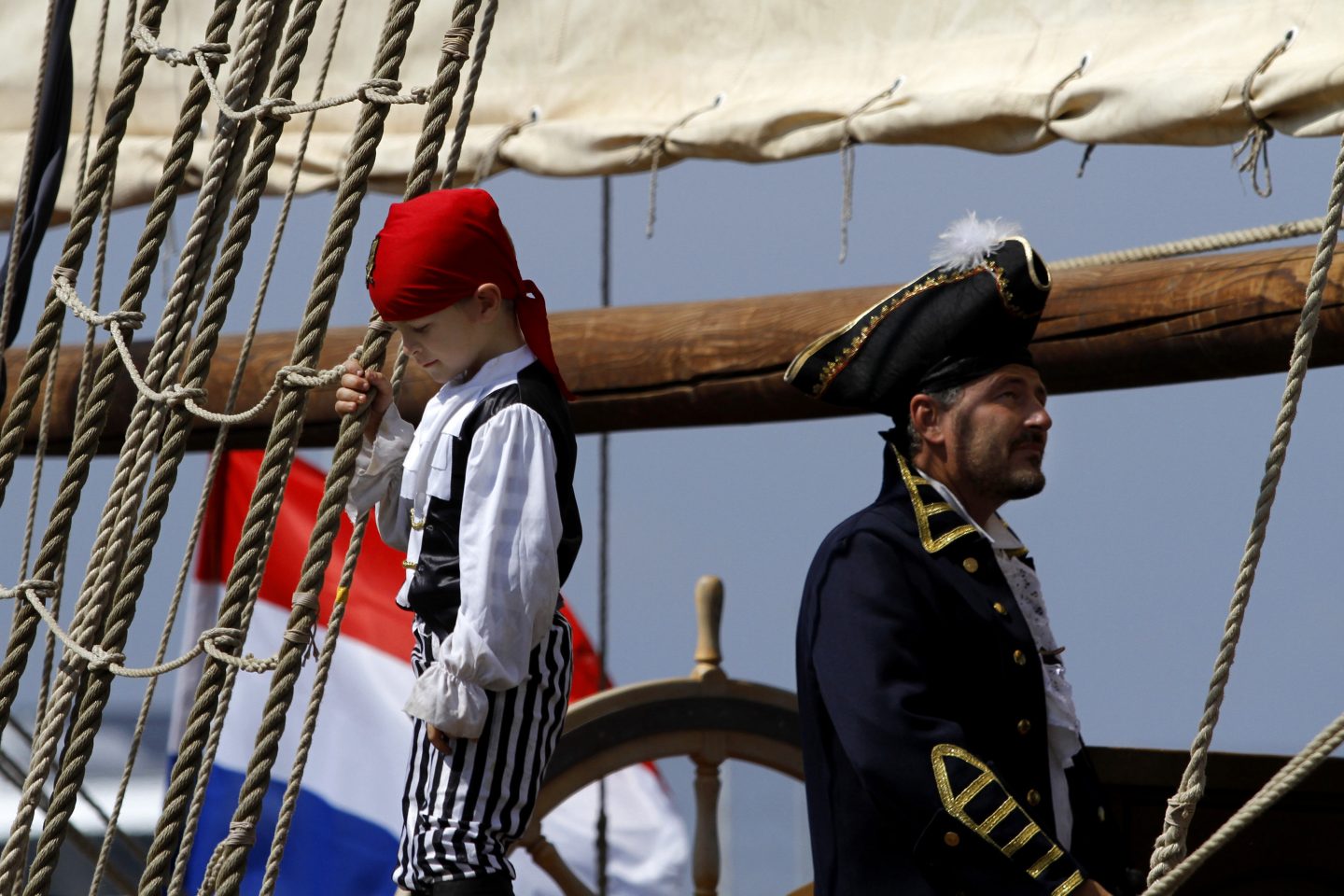 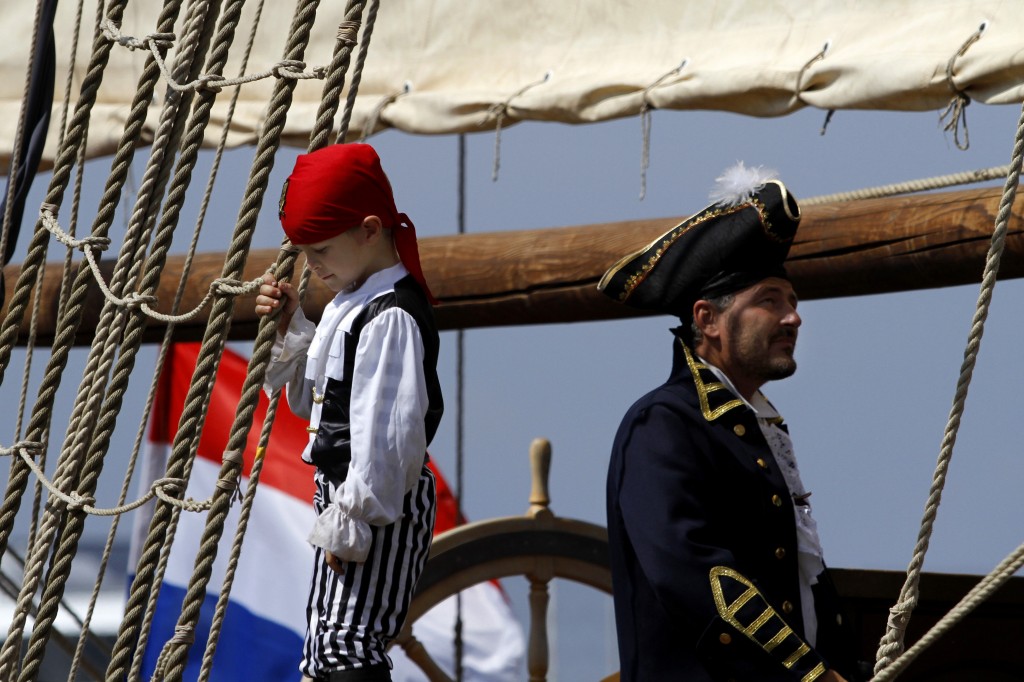 It felt like a trip back in time or at least a tour on set of “the Pirates of the Caribbean” last Sunday at Flisvos Marina, Paleo Faliro, Athens.

Passers-by were surprised by the presence of a corsair ship replica with pirates on board. That was the launching ceremony of the first Czech school ship, replica of the corsair ship La Grace from the second half of the 17th century, which took place in Athens as there was to sea to launch in Czech Republic. 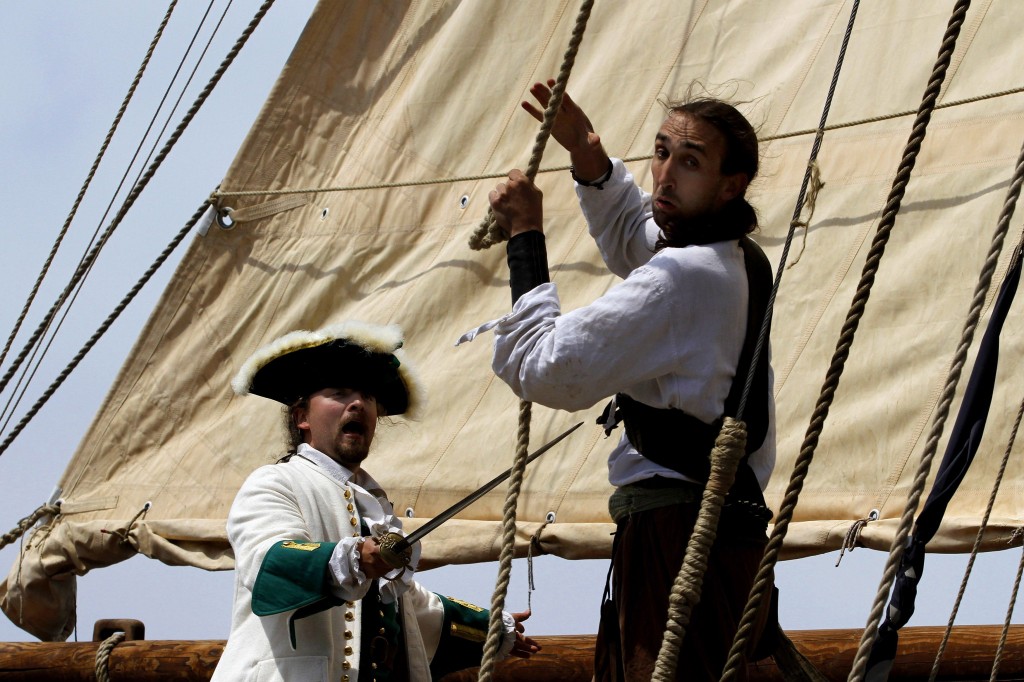 During mooring of the ship in Flisvos Marina,on Saturday April 30th and Sunday May 1st, visitors had the opportunity to see the exterior as well as the interior of the ship as well as watch spectacular pirate shows.

The ship La Graceis a true replica ofa corsair sailing ship, brig, from the second half of the 17th century. The original La Grace was a ship of the Czech-born seafarer Augustin Heřman. Heřman began his seafarer career in the Dutch West India Company. Later he became a corsair, significant politician and also a big exporter of tobacco in America. 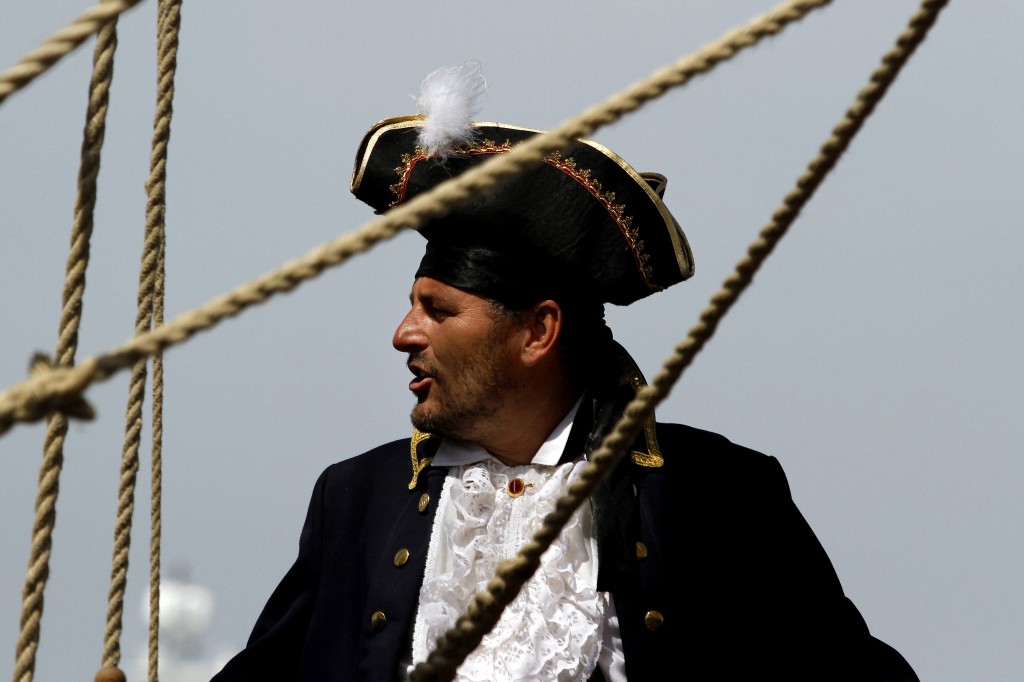 La Grace was by far the most famous corsair ship in the early days of America. Every year, the ship departed for the Caribbean where she conducted raids on enemy´s shipping. 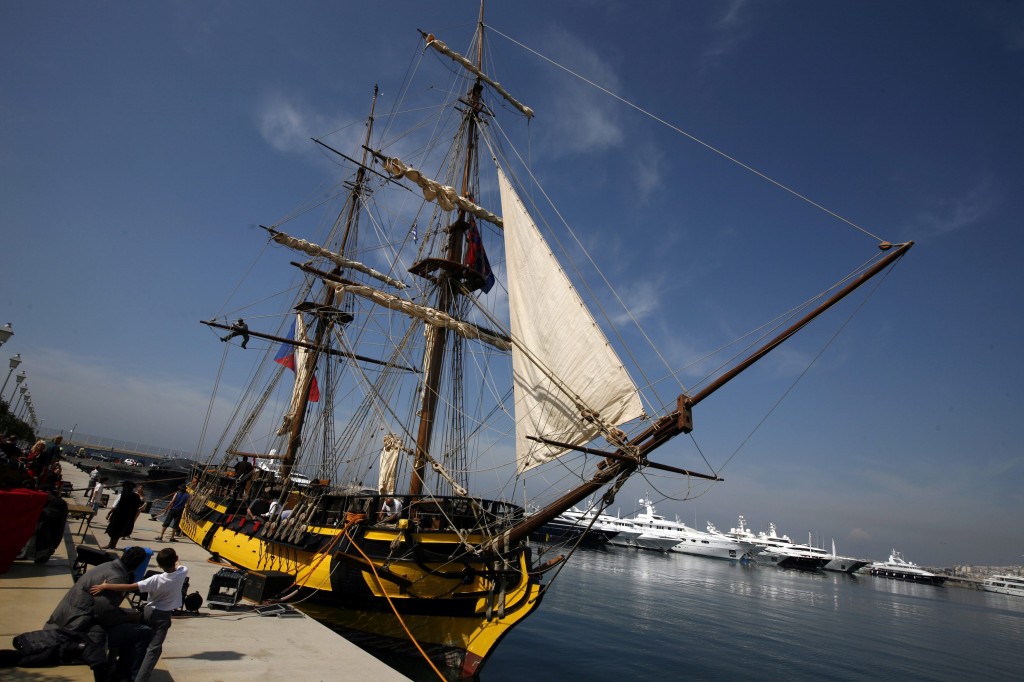 The replica of La Grace was built in a traditional way in 2010 in Suez in Egypt with the help of Czech and Slovak volunteers. The aim of the event in Flisvos Marina is promotion of the Czech Republic and the Slovak Republic and revival of the marine history in central Europe. For those interested it gives an opportunity to enjoy sailing on a historical boat along with learning marine craft.