2010, it was Alice in the Wonderland. 2011, the Red Riding Hood is trending so much right now. Catherine Hardwicke shone a little Twilight on the classic children’s tale but that’s not over for Red Riding Hood.

There’s a live bar in Athens where RR Hood (sounds more cool abbreviated, doesn’t it?) takes a quirky turn and proves to be a bad girl it’s been two seasons now. Not as dark as Seynfried but instead really hilarious, “Red-skoufitsa” has enchanted the crowds for quite a long time and is about to give a final show next Tuesday 12/4. If you happen to be in Athens at that time and understand greek, do pass by Nueva Trova Live Bar to watch the show – and even if you don’t understand the language, just join Red-skoufitsa and the Wolf for the DJ party after the finale. Chin chin. 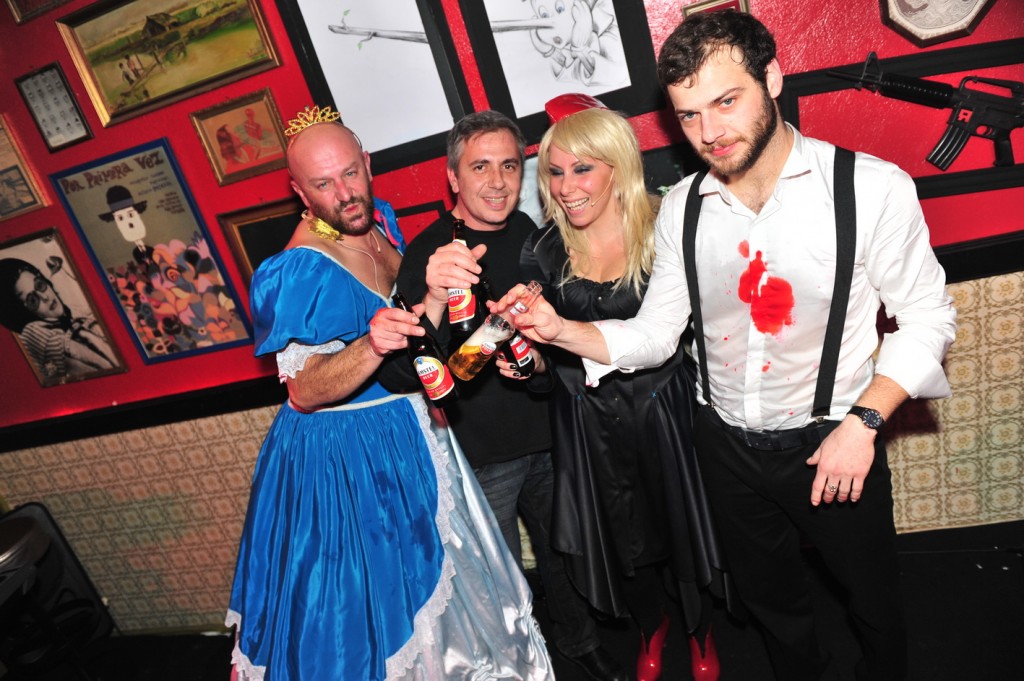